Okay, I know I have been abandoning my blog for ages. I have been busy with studies, people, food and more people and food.
So far, life in Berlin has been great. Minus the fact that I have to study and sit for exams. In fact I have one coming up tomorrow. FML.
Till then...
Posted by Obelisk Dee at 10:46 PM 1 comment:

Suddenly my world felt static for a while.
After a short message from somebody, I felt numb. Honestly, normally I would just cry and be in bad mood for days. But not this time. I think I finally let go. Let go of someone who has been giving me trouble and nonsense for nearly a year. It's a good thing.
Now that I will start a new life elsewhere. I should be thankful. It felt like I was given a second chance. I told myself not to let go of this opportunity and fight till the end no matter how tough it is again.
I m blessed to have nice and caring friends around me whenever I need them.
It hurts though but not as hurtful as before...
Posted by Obelisk Dee at 6:14 PM No comments:

Yes, I am still alive.
Think about it, 5 more months it will be the end 2010 already. Yeap. Time really flies huh?
I am stuck.
I am going numb.
I am confused.
Therefore, I cant summarize how I feel since the begining of this year till now. Dats life.
Posted by Obelisk Dee at 1:43 AM No comments:

Of Mac and Cheese

I made macaroni and cheese with tuna. Yeah...weird rite? But I would have to throw my tuna away if I don't put them in. Not that bad actually.
Posted by Obelisk Dee at 4:47 PM No comments:

I think I recovered pretty fast from the breakup. Less than 3 days. Jeez. I am getting good in controlling my feelings and also dissapointments. Kudos. Well, like what my best buddy said, it was just a case of bruised ego because someone like him would actually dump me. I mean he is not good looking and all, so, if he is good looking, I will probably give in and perhaps cry for a week. Nah, doesn't matter. Sometimes I still miss the way he pampers me and the way he talk to me, the way he explain things to me, the way he snores. Anyhow, it's gone now.
New life people! Easter means new life. Geddit!!!
And not to mention, God did give me strength to go on with this nonsense. Ahh...jerks are meant to be thrown into recycle bins. Muahahaha.
Posted by Obelisk Dee at 12:58 AM No comments:

I came all the way here just to get dumped. Hahahaha. This is ridiculous. Needless to cry. But it hurts though. First time ever getting dumped. This is hurtful.
Posted by Obelisk Dee at 5:52 PM No comments:

This is going to be my hotel suite next week. Hehe. My easter present. I can't believe that I will be making another trip to Vienna. This will be my 3rd time to Vienna. Fair enough. He came all the way here for the month of March and now, for the month of April I will go all the way to see him. For 4 days!!! I am excited but not THAT excited due to my exam next Thursday. I need this holiday badly. I hope nothing dramatic happen this time around. I think I have had enough bad luck already. *pray pray*
On the other hand, I don't know why, I felt like being alive again. I mean better than in 2009 of course, the part where I have to stay with a psycho for 10 months. Ahhhh...I just can't wait for this trip.
But somehow, I have to focus on my exam. Yes. Exam. Fark my exam. I m soooo moody becoz of this exam. Jeez. 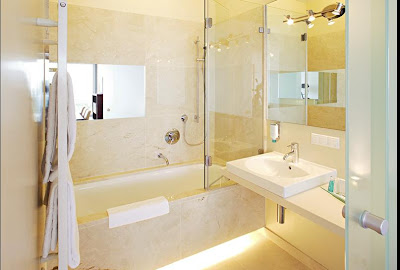 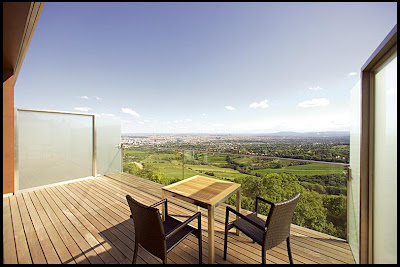 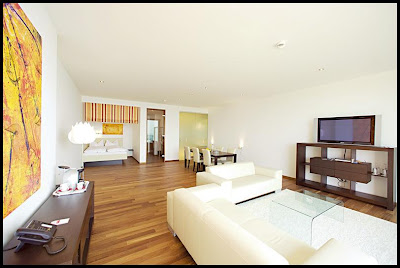 Posted by Obelisk Dee at 1:42 AM No comments:

Oh man, this is bad. I am missing his mega Hertz snores. Although I am still angry with him with what he said this morning.
Posted by Obelisk Dee at 5:05 AM No comments:

Is it me or is it him?
This is not my first time dealing with this. Like I said before, there's always a commitment issue with the guys I dated.
1. It's either he wants commitment and I don't
2. Or he wants no commitment but I wanted it to feel secure.
Now number 2 hits me. Distance is already tearing us apart, now commitment issues. Bahhh. Okay, maybe it's still early to ask for commitment but can't he at least say nicer things to say NO?
I got pissed just now when he asked me if I ever had sex with a guy without a condom on. And also the part with HIV test. This is unbelivable. How could he asked me things like these when it's so clear my sex life is nearly unexistant for the time being. I didn't even pointed the numbers of girls he slept with. This is bad. And the best part is, he told me, distance for him is not even a big issue. Great. Now I know what to do next.
It pisses me off really. I think turning a quarter of a century makes me realize that my biological clock is ticking. And I know I can't be playing around anymore. It's time to get serious but with him, I can't see the possibility. At least it's a good thing for now, for myself, I want to get steady.
Posted by Obelisk Dee at 9:08 PM No comments:

It made me smile

Hmmm...I felt happy for now. It was a great feeling having to get to spend some with him since yesterday evening. I was happy to see him too. I thought he wouldn't make it AGAIN this time. Although it's just for less than 24 hours, I think my feelings for him grew more compared to before.

Yesterday night, I realized one thing. Having someone to snore beside you is actually a blessing. Having someone to snore beside you is better than not having anyone to snore with you. He was dead exhausted after the train ride. 9 hours instead of 7. So I let him sleep in peace. The normal me would already creep right next to him and snuggle up till morning. I smiled like a little girl looking at him hitting the sack. Perhaps I know I am not THAT young anymore. Suddenly the feeling of needing security from a guy is here again.

The time spent with him reminds me of J, the guy I met in Portugal in 2008. Very intellectually stimulating. We talked about everything, our lives, the economy, politics, travel, people, food, etc. Too bad he is not near me. And I know this relationship wouldn't last THAT long unless one of us did something. I m sick and tired of having to break up due to long distance, which is very very stupid. And yes, he was the guy who broke my heart into pieces before Valentine's Day last month. He felt the pressure of the distance, hence, making his own theories and decision without discussing about it with me. And then he asked for reconciliation. I gave him one final chance. I am glad he came.

I knew him since August last year, it has never occured to me that I will want to have anything related to him until yesterday. Even when I was in Budapest, I just want the time to fly faster because I was annoyed with everything. But yesterday was different. I don't want him to go, even when he is at the bathroom, I want to spend every single moment talking and looking at him making silly remarks about the curtain for example.

I feel so much more matured, so womanly, so poise, when I am with him. Like there's a mentor guiding me, telling me what to do next. But, above all, I dare not to put each and every single portion of my feelings for him. I am afraid to get hurt again. I don't want to go through those stupid emotional rollercoaster again. Afterall I have only known him for 7 months.

The best part is, he shares the same birth year and birth month with my first ex which still haunts me till today.

I am feeling so insecure once he is back in his place. And yes, he is living in Austria and I am in Germany. Guess how THAT feels when we want to meet up. I miss him dearly for now.
Posted by Obelisk Dee at 12:54 AM 1 comment:

Obelisk Dee
I m who I m. I m someone who gets hungry every 5 minutes and gets thirsty every 10 minutes. Food amazes me. People amazes me too but sometimes they make me sick. So sick I need food to make me feel better. Hmm...sounds like I m obese eh? I m nearly obese I think.

My complaints, rants, fits. Read it or leave it.

Snapshot of the week 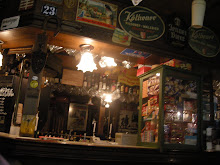